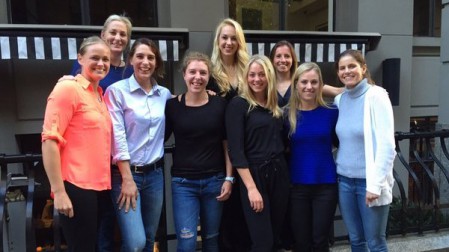 Hello! 🙂 I’m really happy to say that from today I will start a new section on my blog. As you can see it will be called “WTA week of the Germans” and the goal will be to give a regular update on the WTA Germans players latest results and performances on the tour. I won’t do it every week of the year, but will try to do it every time there will be important tournaments with several Germans implied 🙂 I hope you will enjoy it, and of course, let me know if you don’t find it useful or have any suggestion to make it better! 🙂 Auf geht’s!!

And to start this section I think it could be good to have a look on the German girls’ results after one week at the Australian Open. As always there is some good surprises, some deceptions, and some expected things…

The positive points : Two big plus for the Germans are obviously the week of Laura Siegemund and Anna-Lena Friedsam! After a semi-final in Shenzhen, Friedsam reached the 4th round of a Grand Slam for the first time of her young career and beat Roberta Vinci, finalist of the last US Open and also gave a really hard time to Agnieszka Radwanskain her 4th round. The German END_OF_DOCUMENT_TOKEN_TO_BE_REPLACED 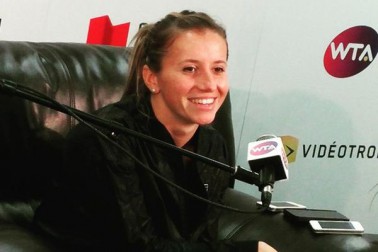 Here are some pictures of Sabine Lisicki I took yesterday during one of her practice sessions at Roland Garros in Paris. You just have to click on the pics to enlarge them 🙂

END_OF_DOCUMENT_TOKEN_TO_BE_REPLACED

Here are some pictures of Andrea Petkovic I took yesterday during her practice session with Francesca Schiavone at Roland Garros in Paris. You just have to click on the pics to enlarge them 🙂

END_OF_DOCUMENT_TOKEN_TO_BE_REPLACED 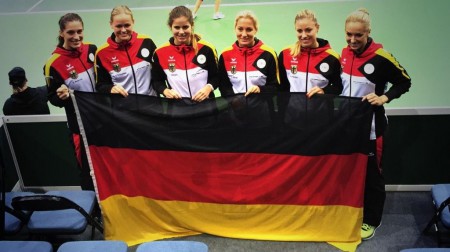 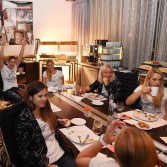 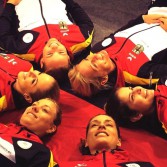 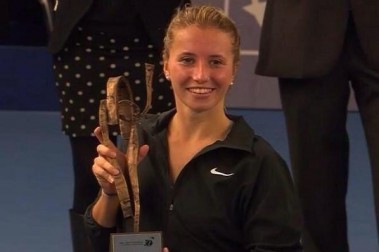 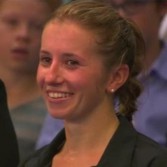 Here are some pictures of Sabine Lisicki and Andrea Petkovic I took yesterday during their practice session at Roland Garros in Paris. You just have to click on pics to enlarge them 🙂

END_OF_DOCUMENT_TOKEN_TO_BE_REPLACED

The German Fed Cup team has clinched a place in the Fed Cup final the last night after Angelique Kerber secured the decisive point in the semifinal against Australia in Brisbane with a 4-6 6-0 6-4 win over Samantha Stosur. It will be Germany’s first appearance in the Fed Cup final since 1992 when Steffi Graf, Anke Huber, Barbara Rittner and Sabine Hack won the title. The opponents in the final on 8 and 9 November will be the Czech Republic who beat Italy this afternoon Italy.

“It was a big step. I’m simply so happy and proud of my girls. They’ve been incredible,” said team captain Barbara Rittner. After Andrea Petkovic and Angelique Kerber had given Team Germany a 2-0 lead at the end of the first day, the German No. 1 had the chance to wrap up the tie early on. And Angelique Kerber took the chance in the duel between the teams’ top two players. Playing the former US Open champion Samantha Stosur, against whom she had never won, she was soon a set down. Playing better and better she, with nerves of steel, converted her first match point after 2 hours 14 minutes with an ace to give a place to Germany in the final of the Fed Cup by BNP Paribas.

“It’s amazing,” said Angelique Kerber who celebrated the win boisterously along with her teammates Andrea Petkovic, Julia Görges and Anna-Lena Grönefeld on the Centre Court in the Pat Rafter Arena. “We wanted the final at all costs. Now we’ve done it. It’s a very special moment for me and the whole team, It feels very great. I played a good match but it was a tough one because Sam was playing also very tough and I have never beaten her before. It just means a lot; it’s a special moment for all of us.”

The fourth singles between Andrea Petkovic and Casey Dellacqua was, in accordance with Fed Cup rules, not played. In the concluding doubles, Julia Görges and Anna-Lena Grönefeld lost 6-2, 6-7, 10-2 to Casey Dellacqua and Ashleigh Barty. Porsche Team Germany left Brisbane on Sunday evening local time via Dubai for Stuttgart where all four players will be appearing at the Porsche Tennis Grand Prix. 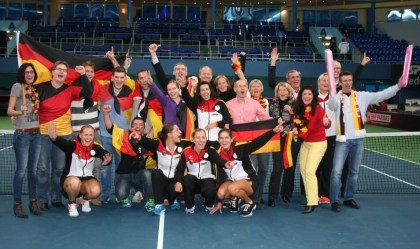